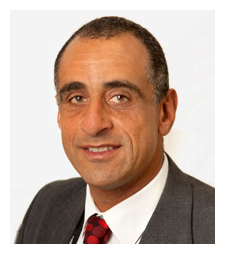 Dr Raf Ghabrial graduated from the University of Sydney with Honours in Medicine in 1988. He then trained as an Ophthalmologist at the Sydney Eye Hospital, and later gained unique experience in oculoplastic surgery in the United Kingdom and in the United States.

He is Senior Lecturer at the University of Sydney, and Senior Consultant Surgeon at Royal Prince Alfred, Concord and Sydney Eye Hospitals. He serves as an examiner to the Royal Australian and New Zealand College of Ophthalmologists (RANZCO), as well as representing the College for the Health Care Complaints Committee. Dr Ghabrial is also regularly invited to facilitate lectures and surgical courses nationally and internationally. Dr Ghabrial consults and operates at our Parramatta rooms.